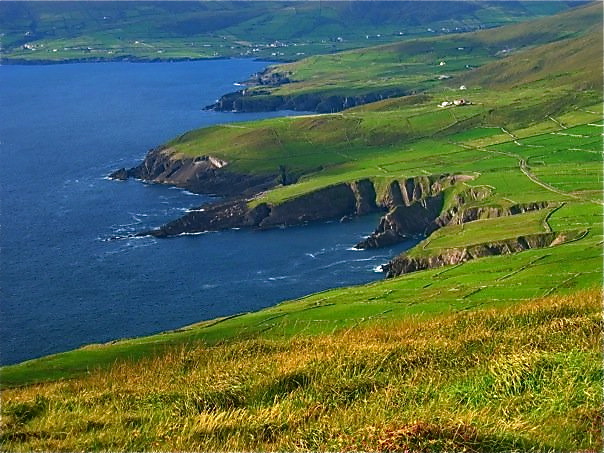 I’m not sure why Sunday’s post garnered so much attention on FB, but I’ll take it — thanks, y’all. It was suggested to me, in the same breath, that it was because “it’s summer and no one’s got anything else going on” and “you need to write more!” … so I shall. Once I made the decision to link this thing to the Facebook and the Twitter, I realized that I was opening myself up to a much more vulnerable place, to the eyes of 919 of my closest friends. And my mom (hi, Mima!).

That’s 1838 eyeballs, and I used my calculator to figure that one out. Math has never been my forté. My grandfather, Wei Liang Chow, was a brilliant mathematician who discovered a theorem of algebraic geometry. I’m not even sure that I phrased that correctly, so basic are my math skills.

(I recently learned how to make an accent aigu, so my posts may contain disproportionate use of the words forté, cliché, and soufflé.)

There is a lot to be said for admitting what we don’t know, even if we think we should know it.I used to hide behind my ignorance of history, and I think what made me stop doing so was the revelation that without understanding history, current events have no context, and reading anything but the local news becomes an exercise in bewilderment and frustration. You wind up doing a lot of nodding at cocktail parties and hoping that the expression on your face is appropriate to the conversation at hand. As I’ve said before, it’s so easy nowadays to learn and to learn for free (or almost free) via this internet thing. I didn’t study much geography in school, and what I did learn was so long ago that much of it has changed (e.g. we learned of Czechoslovakia, Yugoslavia, and the Soviet Union) … my geographical IQ grew exponentially once I found Lizard Point. You’re welcome.

Speaking of travel (just go with it), a friend said earlier that she’d like to spend time with me outside of New York and my “comfort zone”. I’m beginning to think my comfort zone is  outside of New York. In terms of a place to live, safety, resources, and so on, of course I’m comfortable here, but in terms of where I don’t feel mired in too much of everything, where I can breathe and not worry that I’ve fallen behind, and so on and so forth, I think that magical place exists elsewhere. I’ve had recent conversations with two people who had lived in NYC for decades and couldn’t imagine leaving, until they did. They both expressed in different ways having found more peace elsewhere and, in so doing, having realized they might not have been as happy here as they’d convinced themselves they were.

This is in no way an anti-New York diatribe, because I love this city completely and will likely stay here for a very long time. It’s my roots, it’s where most of my friends and family are, it’s where some of the things I love most in this world can be found. But I don’t know that I’d survive it were it not for my occasional opportunity to leave. It’s all about balance, not the bass. Though I do love the bass.

I had a vivid dream of Quebec last night, a vivid and geographically correct one in which I was explaining the city to someone and giving them directions past the Citadel, down to the old city … as my darling travel companion can aver, that I was giving directions was most definitely the mark of a dream. I’m not terrible with them … I know my way around my apartment very well and I can get around Manhattan with ease. But I do so appreciate a good map elsewhere, along with someone who can read it.

I want to visit Croatia, among many, many other places. I also want to return to some of the beautiful countries and cities and tiny towns I’ve already visited.

For reasons only my iPhone knows, when I try to email myself from it (i.e. send myself a reminder or forward a note I’ve taken), my address pops up under the name “Holidays in the United States”. That, according to my phone, is my proper name.

They — the people who bring us reports of rain and the latest in nutrition news — say that we should aim to take 10,000 steps per day. My phone now has a built-in pedometer (yours probably does to), and so I am able to see how far short I’ve fallen of this goal at the end of each day. When I got home from a day of running back and forth across town yesterday I checked and saw this: 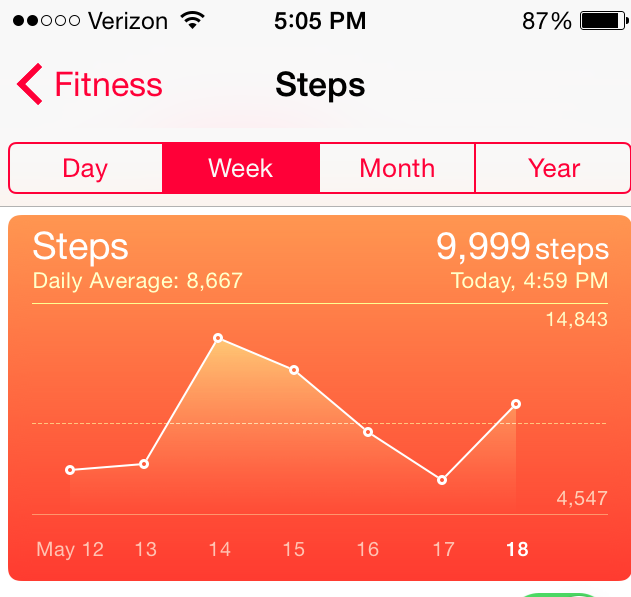 Forty-one steps later I was at the elevator and back out with the dog. I’ve actually been walking quite a bit more in the past week, but, as this graph shows, I don’t always bring my phone along. Now I feel compelled to do so. I also feel compelled to not text and walk, to pull over to the side if I need to respond to or check something. Yesterday a young woman was walking toward me and texting furiously, as young women do. She tripped and flew forward several steps, continuing to text the whole time. The future is in the hands of unobservant multi-taskers.

The photo above is from Ireland, from a trip I took a few years ago with a group of modern-day wandering minstrels. It is, in fact, the northernmost point in Ireland and the inspiration for an impromptu song called “The Northernmost Point in Ireland (Is Not In Northern Ireland)”.

…just to have some dreaming.

Actually, I slept beautifully last night – eight fairly solid hours – woke up once and fell easily back to sleep. However … you see one movie about a global war caused by marauding gangs of desperate flesh eaters, you have cataclysmic dreams for a week, apparently. Nothing I can’t handle – I eagerly await World War Z2 – but it’s been interesting. Last night’s featured explosions and falling buildings (no casualties that I can remember), but they were all part of films that I was watching. There was also a disturbing film about a little girl people were trying to save – that one felt far more sinister.

In the weeks and months after 9-11 I had regular dreams about things like this – and they weren’t films. I’d dream that buildings were exploding all over the city. I dreamt that I was in my parents’ old building and a Pan Am plane fell from the sky. These were much more literal. Although it still seems far too soon to delve into, perhaps the distance between that wretched day and today has enabled me to put a celluloid filter on my nightmares.

Going to touch the ocean this weekend and not a moment too soon. I learned to love it a couple of years ago (is six a “couple”?) – in Montauk, actually. Prior to that I loved the idea of it but found the execution to be overwhelming. Now it’s overwhelming in a good way. During my years with the wandering minstrel I had the great fortune of traveling on a relatively small budget – touring musicians of a certain level know how to do this like nobody else – and seeing parts of the world I might not have otherwise. When I encountered a body of water, no matter how cold, I at the very least waded in up to my ankles – and so I experienced the North and Irish seas. Some day I hope to encounter the Mediterranean and Adriatic. I’m very drawn to Croatia and I’m not sure why, but that’s on my list of places-I-might-someday-see. There are many, many others. As Andrew Marvell wrote, in a poem that was actually about getting the object of his affection to sleep with him, Had we but world enough and time.

Travel is good. It’s, to me, the best investment of time and money that there is. And so off to the Atlantic we go.