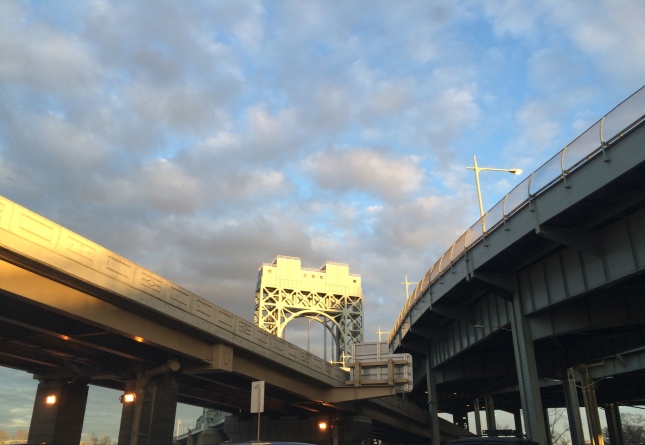 That quote is from a song I adore by Massive Attack. I think the album is “Protection”.

It’s been so long since I’ve written in this thing that the interface is all different. Yikes. No real excuse, though that last post gained so much traction — people emailed, called, reposted, Tweeted, re-tweeted, etcetera — that following up with something self-indulgent and less important felt strange. And so I’ve waited a few months to post something self-indulgent and less important.

I’ve also been in a bit of a rut, creatively and otherwise, over the past couple of months. ‘Twas a tough winter, and at the beginning of this year I had lots of projects in the works and momentum and then one by one the projects fell to the wayside or didn’t come to fruition. I had a couple of physical glitches, and while they weren’t big enough to merit sympathy, they’ve been disruptive enough that I wasn’t moving as well as I’d like to, which in turn effects my mood, which then results in creative bankruptcy, which further depletes my mood, and then my energy goes, and so on and so forth.

Feeling better physically and now I have awful allergies.

Isn’t this a fun post? Aren’t you glad I’m back?

I miss writing letters. By hand. I’m so tired of texting. I hate texting. I miss phone calls, too.

I miss feeling annoyingly optimistic and as though I’m on the verge of something great. I’ll get those feelings back. That’s the good thing about realizing I’m in a rut — being motivated to get the fluck out of it.

I’ve actually had some really, really lovely weekends of late — I’m a midweek rut kind of gal. In the past couple of months I’ve spent weekends in New Orleans (magic, amazing food and music), Quebec (ridiculously amazing food, snowshoeing, lovely people and beaucoup de francais), Boston (cozy, family, celebration), and in NY to celebrate a couple of VIBs (very important birthdays, I just made that up).

So all is not lost, and never was. There are terrible, awful, horrible things going on in the world and lamenting my state of affairs helps nothing and no one so I shall cease complaining.

My very first gig out of college, the summer of 1992, was as a production assistant on a short-lived show hosted by Dr. Ruth. It was a departure for the good doctor as the premise was not about sex — though she managed to incorporate the topic whenever possible. The show was called “Never Too Late”, and it was a talk show with celebrity guests of a certain age and non-celebrity guests who’d made drastic changes to their lives well over the age of 50 — in some case, in their 90s. There’s some larger-than-me reason that this was my first job as an adult, and that now I am, some decades later, worrying that I’ve let too much time go by. Too much time for what? Outside of the obvious, for nothing — I’ve celebrated my late bloomer status before and I do so again, now. Mine has not been a conventional path if in fact it’s been a path at all, which is quite debatable. But I’m here, and once my allergies subside and my shoulder pain eases, I can rejoin the living and DO STUFF.

Speaking of my novel in progress … I’m now working with a writing coach who is excellent and who seems to think that I have something here — my goal at the moment is to finish my “shitty first draft” (these are the words of the writer Anne Lamott, who wrote one of the best books on writing ever: Bird by Bird). According to my coach, and this makes perfect sense, in trying to perfect our first drafts we risk losing the lifeblood of our work. We risk leaving something out; the SFD is full of repetition and extraneous details and snippets and chapters that won’t make it to the end, but these are necessary in order to extract what will be the final draft.

So now I have deadlines, which means I’ll be writing in this thing more.

Alors, Dog wants out now and so I must take him. Onward and upward. Dog is my co-pilot.